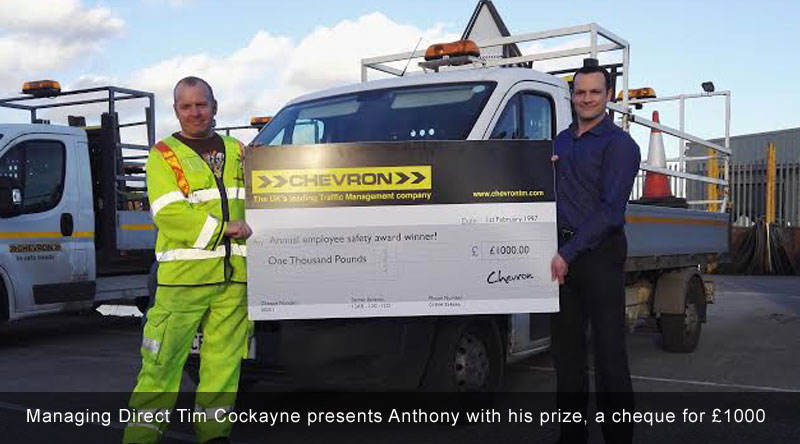 This award is in recognition for the continual high standards of safety that Anthony has demonstrated throughout the year. As day-shift Lead Foreman on the M5 Smart Motorway scheme he has gone above and beyond what is expected of a team leader on numerous occasions with his effort in and out of work hours.

Anthony leads by example and his quick thinking has identified both areas of concern or potentially serious hazards at work. He has then always offered sensible solutions to a problem or acted accordingly to mitigate the risk.

Demonstrating the Chevron ‘In Safe Hands’ approach to workplace health and safety to his colleagues and the customer, Anthony has continually pushed the M5 team in the right direction. As a result of this Chevron won the Balfour Beatty Vinci JV Health and Safety Award nine times in 2016 and Anthony’s efforts were a significant contribution in this achievement.

Thank you to everyone at Chevron for their contributions to Chevron’s safety record in 2016.